We have created an online exhibition of the work submitted by members with a POMPEII theme. and want to share among the membership and the public.
See the “CFWS POMPEII EXHIBITION.”

Our April and May Meetings are cancelled due to the Corona Virus directives.

SOBO Gallery, host to our Annual Show, has closed the gallery, hoping for a re-opening mid May and our show will hang through May 31st. Work will be picked up by artists on a yet to be determined date after May 31st. Bear with us, the exact date has not been determined. If you need access to you work prior, arrangements can be made by contacting Leslie Macaulay, show co-ordinator.

At this time, the Pompeii Show is still a go. The Science Center is determining a new schedule – we will alert the membership when we get confirmation. 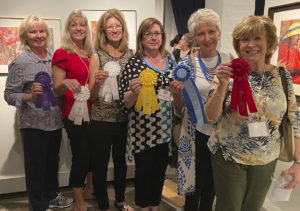 Congratulations to all the artists whose work makes up the 2020 Annual Juried Show now being exhibited at SOBO Gallery in Winter Garden. During Thursday evening’s reception (3/5/20) the winners of the awards determined by this years jurist were presented and cudos to each of you who took home a recognition.
We have posted the winners and their work on the website but also  encourage you to make the trip to SOBO to see the paintings in person.

The judge has decided and the paintings are now on display at the SOBO Gallery in Winter Garden. View the show during SOBO’s operating hours.
We have posted a online gallery of the work along with a ‘catalog’ with artist names, titles and prices.
Goto the Online Gallery.

Congratulations to the represented artists.

Let us know so we can give you recognition. Email the .jpg of painting, name and title, we’ll update this post with your accomplishment.

“Tilting at Windmills” by Nancy Dias’ was juried into the FWS 2020 Online Show by Judge Carrie Waller. This is Nancy’s seventh FWS Online appearance, she is a P2 in FWS. 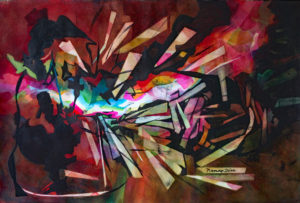 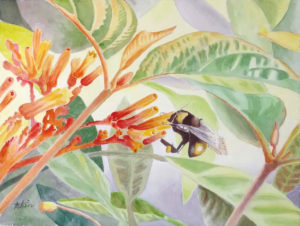 And, “Irish Fisherman” by Marian Wagster. 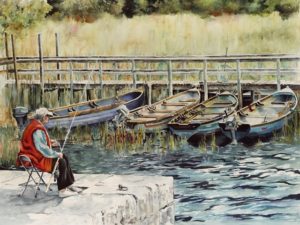 “Bee Harmony” by Susan Grogan.
This is her second online show, and she is a P2 for FWS. 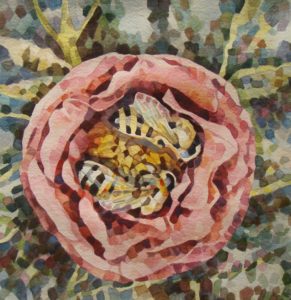 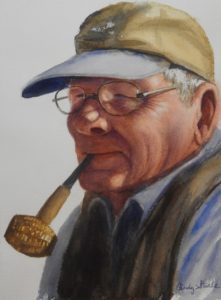 One more.  “Prague Musicians” by Mary Dall, Past CFWS President. 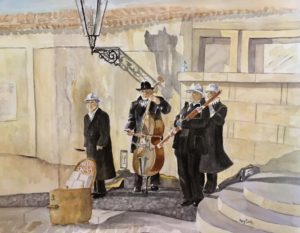 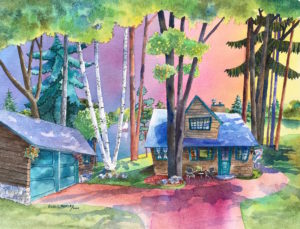 One entry is $25 , two entries $30
Please use standard guidelines.

Annual Juried Show submissions are being accepted online now through November 15th. Show is open to all CFWS current membership. Haven’t renewed membership but want to submit?, you can join CFWS online and then submit your work. Annual Show Submission form.

There is still a need for volunteers. CFWS is the host society with the convention being held in Orlando, Sept 19-22nd.
Kim needs your help. If you can spare an hour or two, go to the CFWS Convention Volunteer page.

The Central Florida Watercolor Society (CFWS) is honored to partner with the Orlando Science Center (OSC) to participate in an art exhibition of fascinating glimpses of the ancient city of Pompeii. This STEAM exhibit combines art and archeology using the personal photography of OSC members and art by CFWS members.

We have been invited to paint scenes of Pompeii to exhibit with this exhibition! Reference photos are being compiled. Use of copyrighted images without permission is prohibited.

Paintings will be delivered to the OSC on April 7th, 2020.

More information and a prospectus will be published soon on the website.

Susan Grogan
She's Just Not That Into You
Best of Show